Montreal’s Alexandru Duru first flew his electric multirotor hoverboard back in 2015, and quickly set a Guinness World Record for distance. Now this levitating madman is working to commercialize it for sale, while performing stunt shows on the side.

This hoverboard is extraordinarily simple. A frame, eight underslung rotors, a pair of snowboarding boots, and a hand throttle that, even six years after Duru’s wobbly first flight, is still a modified pair of spring-loaded pliers. “I mean, it’s pretty much all you need for the control,” Duru told DroneDJ’s Scott Simmie in a recent interview. “It’s the thrust level.”

There’s no flight controller per se; this thing isn’t even as complex as a DJI drone. An open-source Arduino electronics platform reads the throttle opening and sends instructions to the motor controllers. There’s no automatic stabilization, no gyros or accelerometers.

“It’s the simplest thing you can imagine,” says Duru. “Really. It’s your body that does the balance. Our brains can learn so many things, and it learns this as another skill. It’s not even that difficult.”

With its broad base and eight rotors, perhaps it’s even easier to balance than Franky Zapata’s jet-powered Flyboard Air – although running on batteries instead of kerosene, it’s not going to stay aloft nearly as long. Duru has no chance of grabbing his world hoverboard flight distance back from Zapata, who took Duru’s total distance of 275.9 m (905.2 ft) and obliterated it, flying some 2,252.4 m (7,389.8 ft) in 2016. 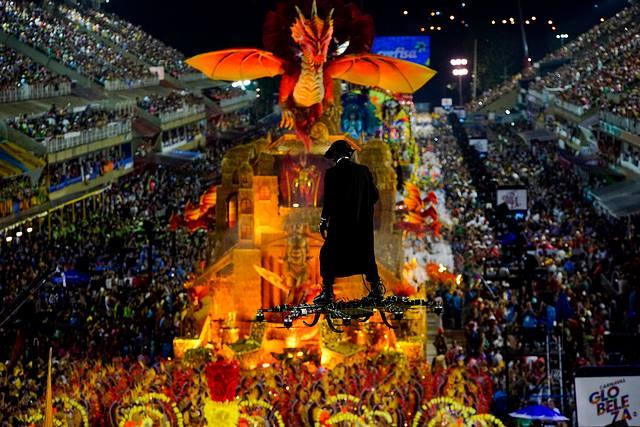 Still, this one runs clean, cool and relatively quiet where the Flyboard Air’s thunderous jet turbines scorch the ground. It’ll also be very reliable and a ton cheaper when Duru gets it to market, which he’s moving towards under the company name Omni Hoverboards.

Of course, anyone thinking about selling personal flight devices must be acutely aware of the potential danger they’re putting their customers in, and this is a key stumbling block for Duru.

“Maybe they’ll be careful,” he says. “I don’t know! I’m worried about all these things, putting this in the hands of other people. Maybe we can open this up first to people who are already pilots, or helicopter pilots, who have some experience already and know the risks better. It’s very easy to get excited and start thinking yeah, I’ll get this thing and go to the grocery store on it! But yeah, the FAA is going to come back to you. So there’s a lot of issues in the short term. But I think it’s things that we can tackle one way or another.”

Indeed, it seems he’s already jousting with Canadian flight authorities, who are going after him for failing to request takeoff authorization from air traffic control at Trudeau International Airport, some 24 km (15 miles) away from where he was demonstrating the hoverboard for some kids at the Old Port of Montreal. 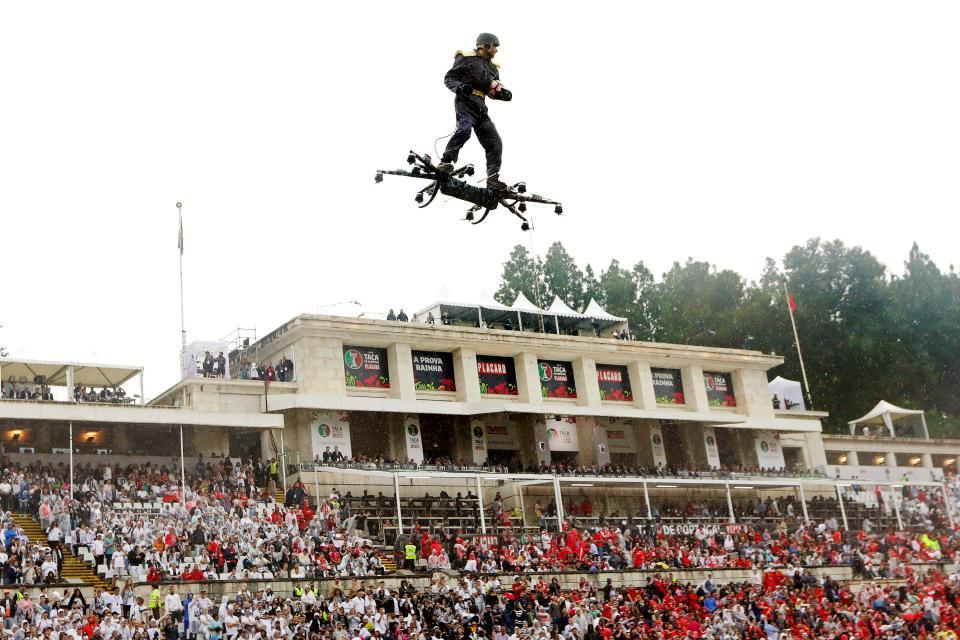 But he’s still determined to make it a product – albeit more of an extreme sports product than an urban transport one. And he’s willing to move overseas if Canada plans to block his progress.

“It will turn into a product that’s usable for real,” he says. “Not just … You’re looking at these guys with jetpacks, and thinking this is great, but this is crazy! I really think that here we have something that’s not too crazy.”

Looks just the right level of crazy to us. Enjoy the video bellow about more superhuman level of gadges!

This super crazy hoverboard looks like it is coming from the future. It uses 18 propellers to take off and fly. It is still quite dangerous in some cases. Plus even drones provide a privacy concern a opticopter and a human on top of it would definitely scare people. But still it is a awesome peace of tech to look at.

Heroes of the Storm Global Championship 2017 starts tomorrow, here’s what you need to know

No Result
View All Result